Zebpay Expects to churn $2 billion worth of trades in cryptocurrencies 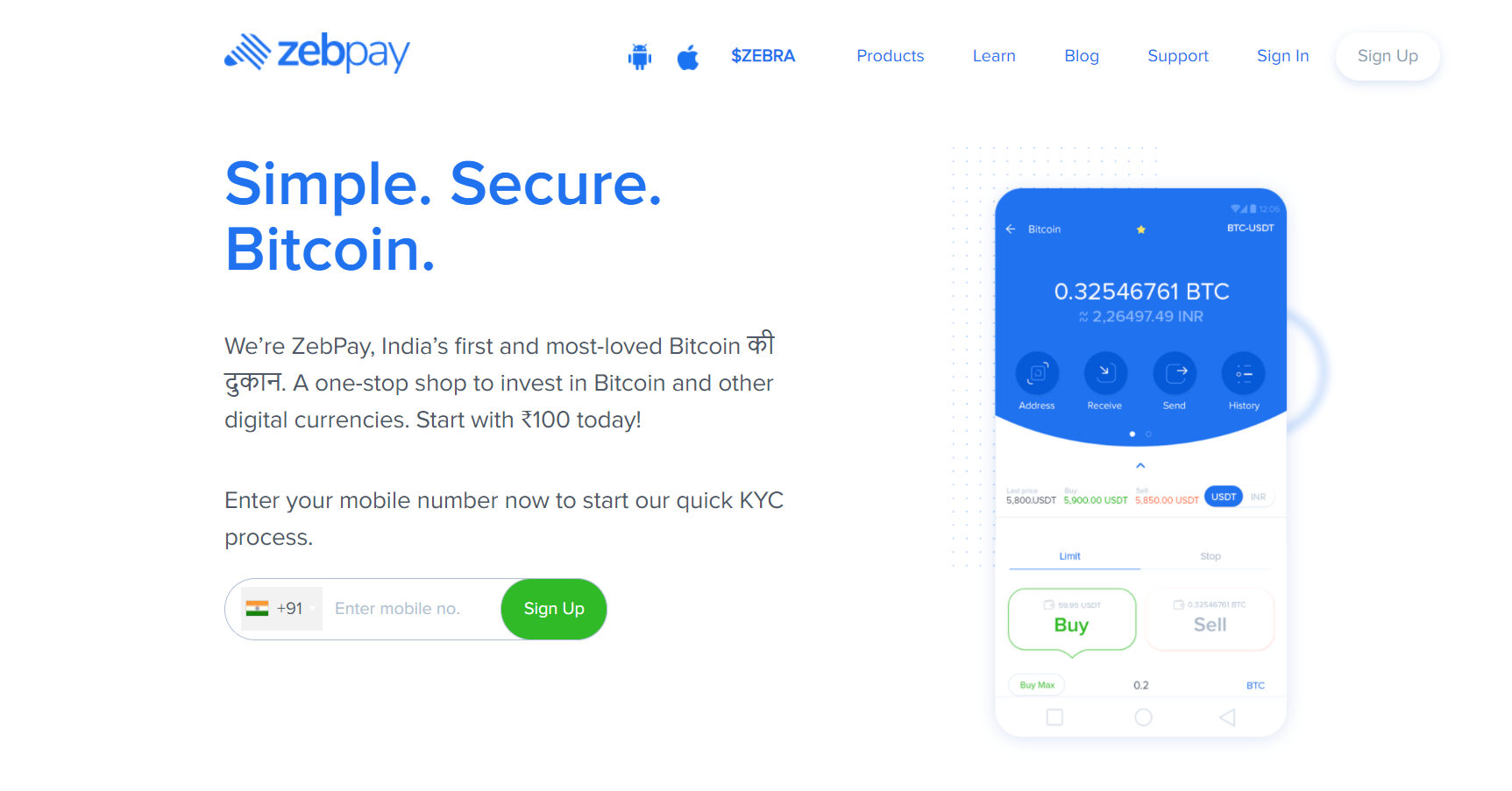 Zebpay, India’s oldest exchange for cryptocurrency trading is eyeing a doubling of its monthly transactions after a substantial surge in demand. This is despite the contradictory statements going around on the state of cryptocurrencies in the country.

CEO of Zebpay, Rahul Pagidipati expects his platform to process $2 billion worth of trades per month. Although that’s less than 1/5th of the trades handled in the U.S-based exchange Coinbase Inc. there is a tremendous untapped potential in the market according to him.

In a phone interview, he said

“India holds less than 1% of the world’s crypto currencies and its potential investor base is 100 million.”

He also said that even though changes in the regulatory framework would raise concerns and risks, things will get clearer with clear rules. He is optimistic that India will not ban cryptocurrencies since there are a strong user base and demand for them.

He related an example of airplanes to cryptocurrencies:

“When an airplane is first invented you would not want to fly as it might not be safe, but with each year it gets safer.”

He expects trading volumes in his firm to generate $25 billion by 2021.

The talk about the state of cryptocurrencies in India has been raging ever since many news agencies claimed that the Indian government is planning to ban private virtual currencies and come up with its own digital currency.

Things got tense when global news agency Reuters claimed that in an interaction with a top Indian Government official he said that the government is indeed stepping in that direction and penalizing for holding such digital assets. However, Finance Minister Nirmala Sitharaman, whose word, one would imagine has far more weight, when asked about the looming ban over cryptocurrencies, discarded the claims of an outright ban and emphasized a more calibrated stance towards this as well as the blockchain technology behind it.

This rumour about “banning cryptocurrencies” can also be argued with the fact that the Indian government had released a draft policy pertaining to blockchain technology and how the government is planning to incorporate it into their current systems. The draft did not mention anything related to the ban on private virtual currencies.

Although things can’t be said for sure right now, the claims of an outright ban are highly unlikely given the fact that the Indian government has been piloting projects based on the underlying technology for quite a while now and it’s better to wait for the Ministry to give a clear clarity over the state of cryptocurrencies once the bill is introduced in the Parliament.