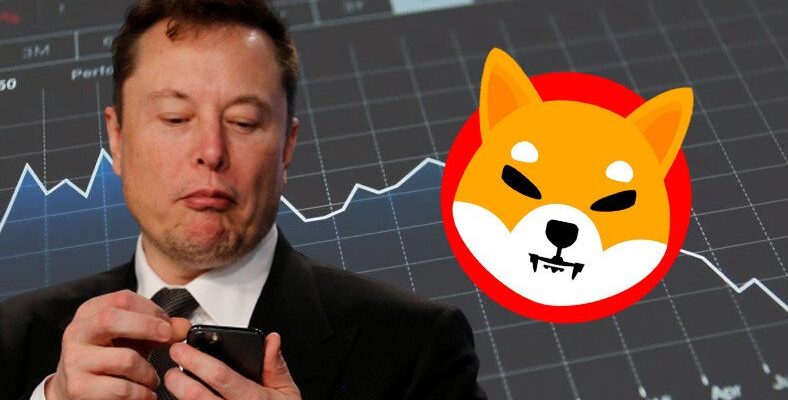 Shiba Inu (SHIB) has been on a solid bullish trend since the beginning of October, and it has maintained the trend despite Elon Musk’s revelation that he doesn’t own any SHIB coin.

Despite the revelation, the Shiba Inu (SHIB) coin is up by more than 4% in the last 24 hours. Musk instead went ahead to call Dogecoin the people’s coin.

Musk’s net worth is now estimated at $253 billion, placing him as the world’s wealthiest person, surpassing the fortune of Amazon founder Jeff Bezos by a wide margin.

Elon Musk revealed via a tweet on Oct. 24 that he did not own any SHIB coin.

Before Musk’s tweet revealing that he owned no SHIB coin, the SHIB coin had shot past its previous all-time high to register a new all-time high at $0.000044.

Shortly after the disclosure, the SHIB coin plummeted by about 20% to about $0.000035 before quickly recovering and getting back on its bullish course.

There are varied reactions from the Shiba Inu community regarding Musk’s revelation. Some were imploring the Tesla CEO to consider owning some SHIB tokens.

The majority of the Shiba Inu community was enraged by Elon Musk’s revelation. However, the disclosure will do more good than harm.

The fact that the price of the SHIB coin has been on the rise without the influence of influential personalities like Elon Musk proves that the coin is promising and valuable since it doesn’t depend on endorsements from influential people.

In reply to the tweets following Musk’s revelation, someone by the name ‘hugoroger’ said that the revelation makes Shiba Inu more valuable than Dogecoin:

Shiba Inu was meant to be Dogecoin’s mining algorithm on Ethereum. Instead, Shibi Inu is part of a swarm of dog-related cryptocurrencies, including Baby Dogecoin (BabyDoge), Dogecoin, Jindo Inu, and Alaska Inu.

But Musk has been known to be a great supporter of Dogecoin. And is believed to have played a great role in pumping Dogecoin’s price.

On the same day, Elon revealed that he didn’t own any SHIB coin. Instead, he said that he supports Dogecoin because many people at Tesla production lines own DOGE coin, although they are not financial experts of Silicon Valley specialists.

“Lots of people I talked to on the production lines at Tesla or building rockets at SpaceX own Doge. They aren’t financial experts or Silicon Valley technologists. That’s why I decided to support Doge – it felt like the people’s crypto.”

Excitingly, as of early Monday morning, SHIB was down 15% from its all-time high reached on Sunday, trading below $0.00004, according to data retrieved from Conbase.

You Can Now Buy Lambo with Shiba Inu in Las Vegas